The fashion plate that started it all: 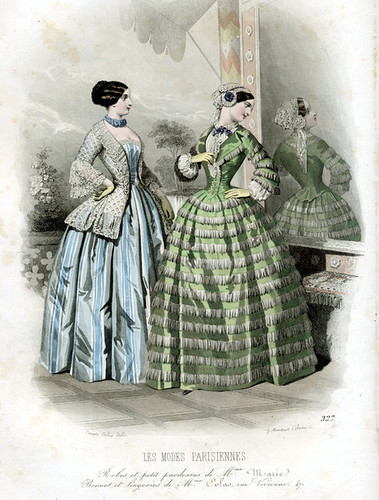 Aubry wanted the one on the left, and I was consumed with lust for the ridiculous fringed one on the right. I had to have it!

The dress is something like 8 yards of green silk taffeta with a million yards, give or take a few, of cream fringe. I bought it in bulk from Cheap Trims because of the million yards issue. The skirt is just a rectangle with 12 rows of fringe sewn on. That sucker's heavy, let me tell you.

I marked the lines the same way I did for the Striped Monstrosity, pinned it, and prayed. In two days, I went from this: 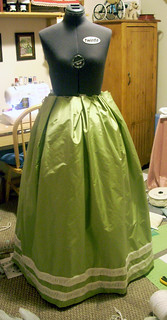 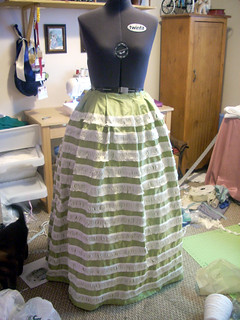 I swear I do clean my sewing room sometimes.

Feeling good about my life, I went on to bodice mock ups. And abruptly slammed into a brick wall of utter frustration. 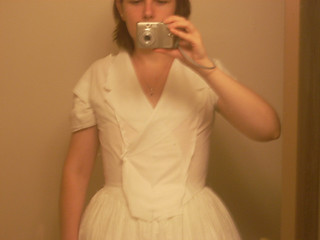 I don't have pictures of the final mock up, but I do know that after about five tries, I threw up my hands and moved on. That collar was the bane of my existence. I made the dang thing anyway, though you can tell by my initial try on, I was less than pleased. 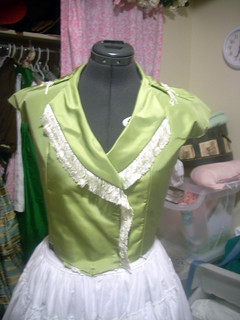 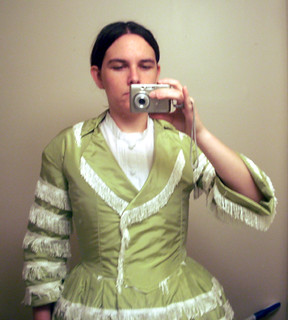 In retrospect, I really should have lined the collar with something that would give it a bit more body, but I knew nothing about tailoring and had never attempted a shawl collar. It could have been much worse, really. I finished the bodice with bias tape made from the green silk and a bunch of vintage mother-of-pearl buttons that I'd bought at Costume College the previous year.

So yeah, I didn't make the dumb little cap thing, but I did make a new chemisette and undersleeves from a floaty cotton lawn. When I wore the whole thing put together at Costume College, I fell in love with it and decided I loved it, flaws and all. Aubry and I carried around the fashion plate and perfected the pose so we were pretty much insufferable the whole day. It was awesome! 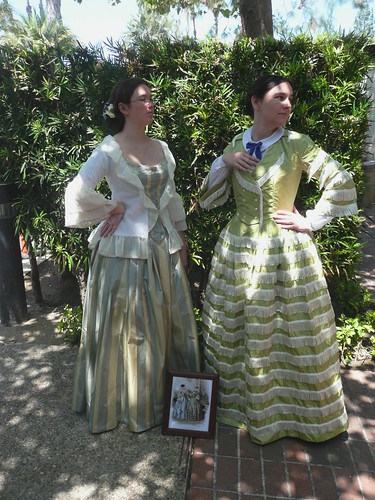 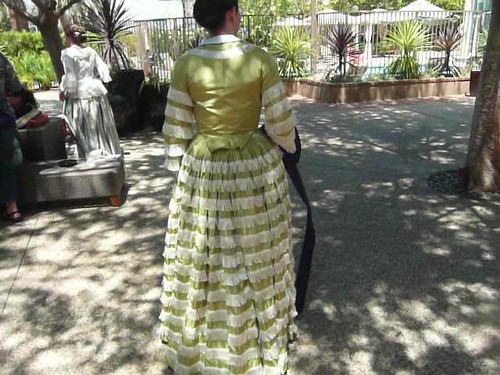 A close-up of the bodice, chemisette, and my hair: 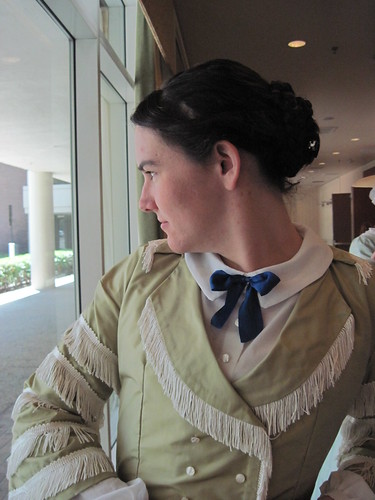 Photo courtesy of Aubry of A Fractured Fairytale 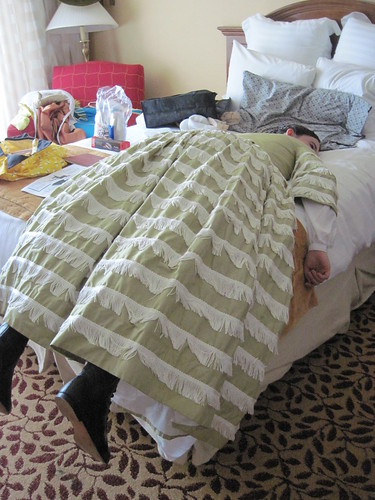